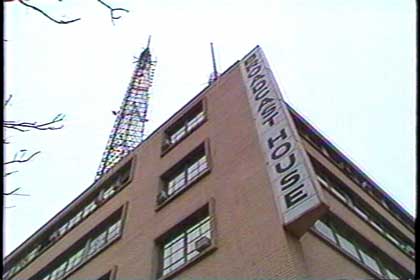 I got a note from Tom Buckley, a TD at WUSA since 1975, and he says he’ll be happy to share some of his very impressive collection of WTOP-TV memorabilia with us. When I say “impressive”…..that may be an understatement. For example, I’m sure you remember the big stone CBS eye….with the 9 in it…that was on the front of Broadcast House. 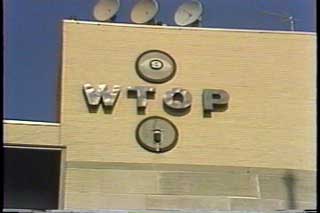 Well, Tom says that it now sits in his front yard.

Now that’s my kind of guy! He has graciously offered to share some of his collection with us. Here are the first ones he sent: 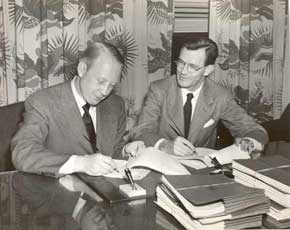 Frank Stanton and Phil Graham on Feb 15, 1949, signing the papers turning 55% of WTOP ownership over to the Post. CBS maintained 45%. 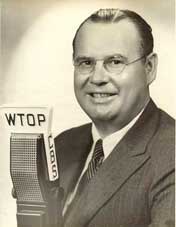 On air personality Claude Mahoney. (probably taken in the 40's) 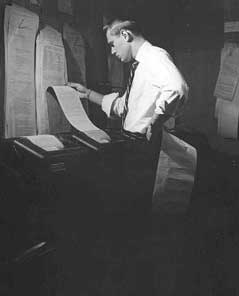 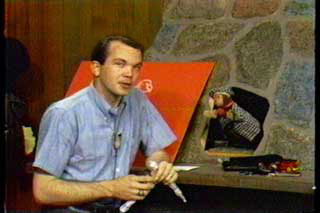 (In all honesty, I don't know that for sure...but it could be. Barry regularly worked those puppets on Hal's show...during his tenure at Broadcast House.) 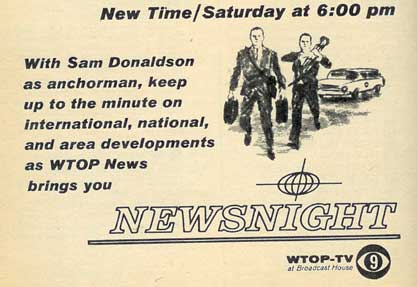