Several of you have mentioned the omission of one of the important mainstays of WTOP-TV in the 60's, Jack Jurey. Jack wrote and delivered the on camera editorials (which was not that common in local TV back then) for Post Newsweek Stations....which were aired several times a day. Frankly, the only reason Jack's picture was missing was.........I didn't have one. That has now been corrected....thanks to Philamena, Jack's wife. 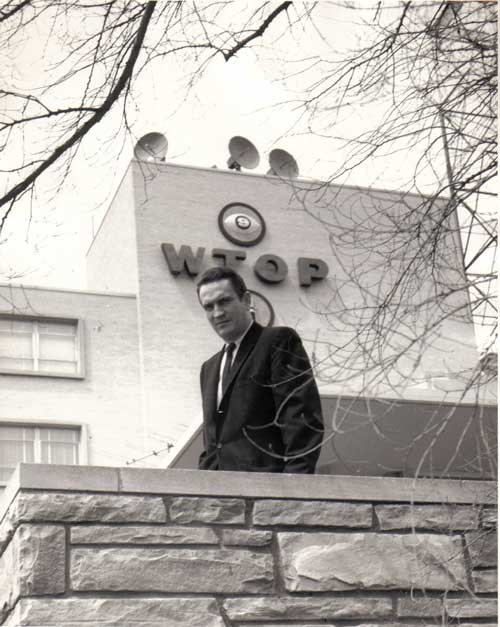 
Jack joined WTOP Radio and Television in 1958 (he had been

labor editor and editorial writer for the Youngstown Vindicator and

before that was news director of WKBN radio in Youngstown). He

originated the WTOP editorials, which he broadcast on both radio and

Chi award for the station for distinguished service in journalism.

Other awards were local Emmy awards for documentaries, including

"Dialogue with Whitey," which was done after the Washington riots on

the murder of Martin Luther King Jr., and "Conversation with a King,"

an interview with King Hussein of Jordan immediately after the 1967

mideast war. In addition to the editorials Jack was news editor

(under Ed Ryan) and then news director.