Bill Trumbull on OUT OF THE PAST

Chuck Langdon and Lee Shephard continued their series on LEGENDS of EARLY BROADCASTERS on Fairfax Cable Television's OUT OF THE PAST program, channel 10's longest running show, with their special guest BILL TRUMBULL. 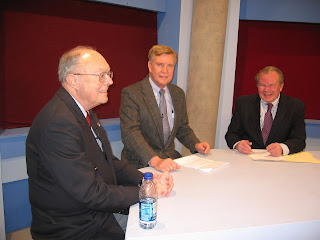 Trumbull is best remembered for the TRUMBULL AND CORE show the popular afternoon drive program that ran for over 20 years on WMAL radio. 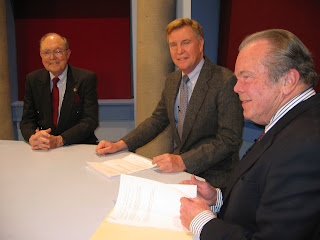 Watch this space for air dates on Fairfax Cable TV, channel 10. (Click on Pictures to enlarge.)


Trumbull is the second WMAL paersonality to be featured on OUT OF THE PAST. Former all night personality Bill Mayhugh was the first to be featured. Airdates are scheduled for several showings in February. 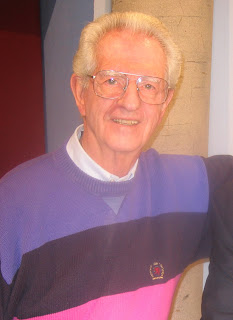 Email ThisBlogThis!Share to TwitterShare to FacebookShare to Pinterest
Labels: Bill Trumble on OUT OF THE PAST

Your blog keeps getting better and better! Your older articles are not as good as newer ones you have a lot more creativity and originality now keep it up!