More than you ever knew about WTOP-TV 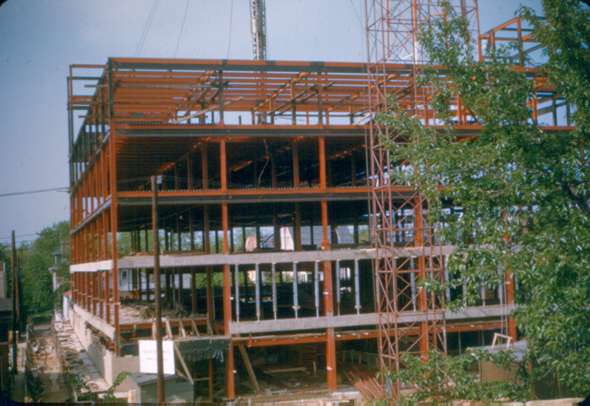 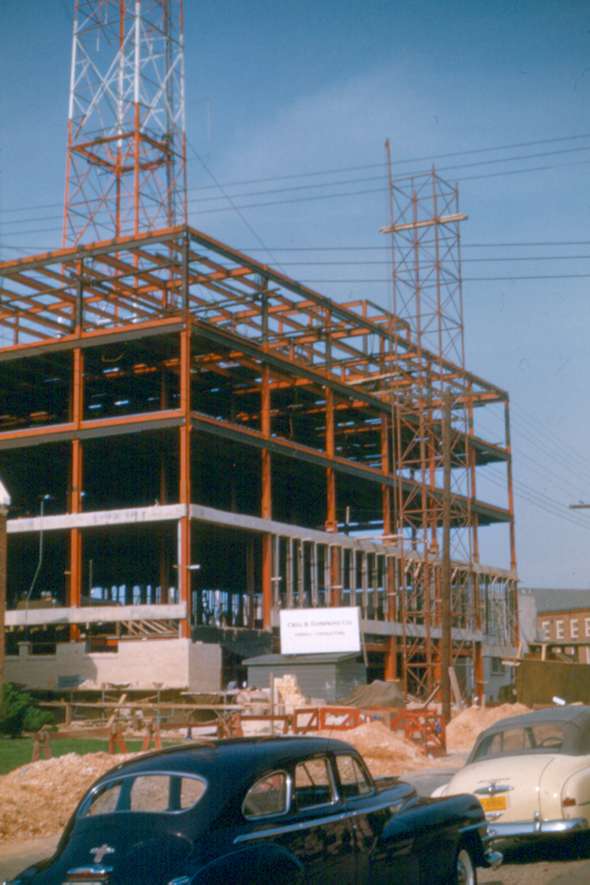 The above photos show the original Broadcast House under construction. It was first occupied in 1954 and is on the corner of Brandywine and 40th Streets NW. It was purchased by the Washington Post and known as WTOP-TV. It was a CBS affiliate and transmitted on channel 9. It originally broadcast in black and white but was later involved in a series of tests to enable the FCC to pick a standard method for transmitting color signals. CBS chose to use a mechanical color wheel mounted in front of the TV tube. NBC chose to place different color dots on the TV tube and precisely aim the beam to hit the dots corresponding to the color being transmitted. Since you don't see a color wheel in front of your picture tube you can guess which method was chosen.

In 1978 the Washington Post swapped this station for a Detroit station. It became WDVM-TV. Gannett (USA Today) bought the station is 1986 and the station was renamed WUSA. In 1992 Broadcast House was moved to a new location. The transmitting tower is still located on top of this building. The picture below shows the original building as it looks today.

For Even MORE...........
I found this history of the station via "answers.com." Apparently, the information is from "Wikipedia" the "online-everybody can contribute" encylopedia: