Ghosts of Christmases Past 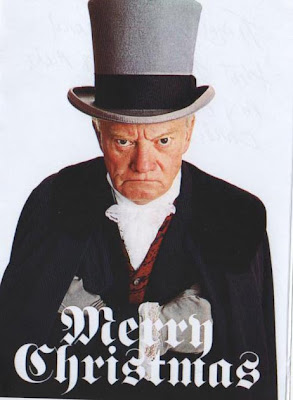 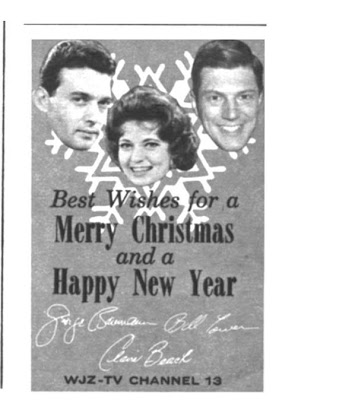 "I found another photo of Claire Beach for you... from her Baltimore days, (Christmas 1962). A young George Bauman is in the ad, and I can't place the third chap. Do you recognize him? (Is his name "Bill Tower"?) " -Bob

Duke Struck was kind enough to identify the pictures for us:


Bottom right “ Conversation” (Aired CBS Net Sundays @ Noon) Hosted by Paul Niven shown just above Jack Waldron @ 3 o’clock. Paul was the CBS Moscow Bureau Chief & correspondent thrown out of the Soviet Union when the CBS News Bureau was closed down in response to a CBS Show, “Playhouse 90 – The Plot to Kill Stalin” .

Paul died in 1970 from injuries suffered in a fall at his townhouse.

On Paul’s right is the shows Executive Producer, Mike Marlow. Both Paul and Mike were great guys. Behind Mike is director Bill Linden and his good looking AD (me) behind Bill. The photo is early 60’s – 1961 I believe.

The other 2 are “The Jimmy Dean Show” All the guest stars signed the piano in the left frame. I would guess the Dean pix were from 1958.

The photos were taken in WTOP’s Studio 11

Amazing I remember this, but not what I had for dinner last night.

When we all get the time we should take some of these great photos & id all the people with a font.

(It's great to hear from Duke. I've asked him to let us know what he's been doing and hopefully, send along some pictures! -Lee) 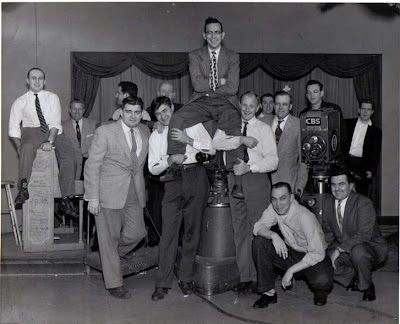 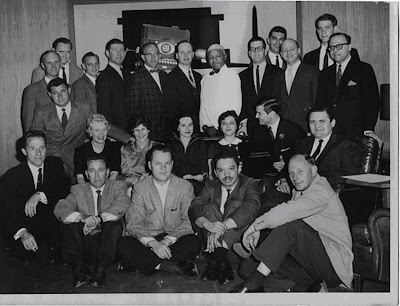 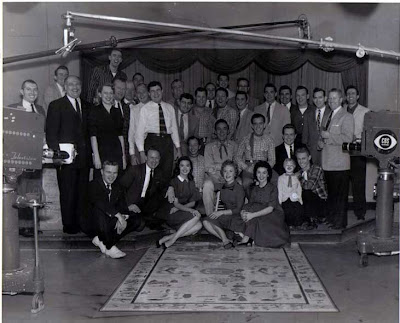