It's nice to hear from some of our old friends who went on to the "Big Time." 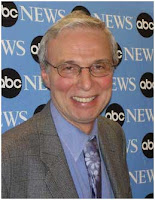 Bill shared a short note he received from Warner during the early 70's when he was still with channel 9 here in Washington: 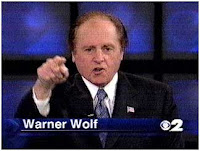 I edited out a few lines that I didn't think would be of interest to you...guess you could post it on your WTOP website...He also congratulated me on the upcoming birth of our child (turned out it was a girl, Suzanne) who was born June 20th of that year...she's now 38! 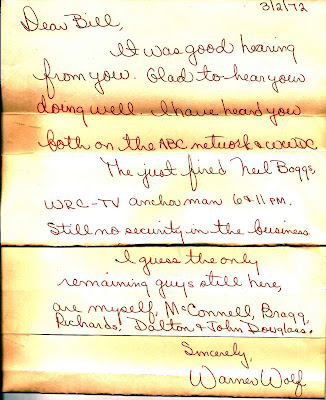 He also said to "say hello to Charles McCord and Bob Windsor. McCord as you probably know is still doing fine, as Imus's side-kick...and Bob Windsor passed away earlier this year...I went to a memorial service for him on Martha's Vineyard back in May. It was on the Vineyard that Bob built the island's first radio station, an FM station, WVOI (Voice of the Islands) Station went belly up in a couple of years and Bob returned to ABC as a correspondent on the radio network."
Posted by Lee Shephard at 3:15 PM