Perhaps the fact that Ranger Hal had little kids of his own is one reason he related to his young audience so well.


What ever it was, all of us who worked with Hal Shaw miss him greatly. I never heard a negative word spoken about the ranger!

Those of us who  remember his kids sitting in the control room from time to time watching their father perform will be surprised to learn, as I was, that Hal's middle son, Mark, is now a grandfather!

Chuck Langdon and I interviewed Mark and his lovely family on a show we do on Fairfax Cable called "Out of the Past" that I know you'll want to watch.

Our editor should have it completed in the next few weeks and I'll post it here on this site.


Meanwhile, here is a blurb I posted on the OUT OF THE PAST website:

Ranger Hall was an icon of Washington TV's kid shows in the early days of television. He and Oswald the rabbit  and a number of other puppets created by channel 9 performer Hal Shaw. 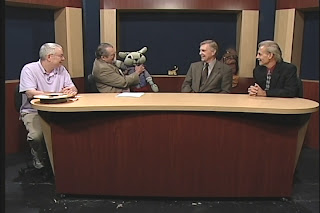 Anyone growing up from 1957 to 1969 in the Washington area is familiar with the friendly forest ranger and his pals.

But beware.  If you were a young viewer back in those days, this show might be a graphic reminder of just how old you are. 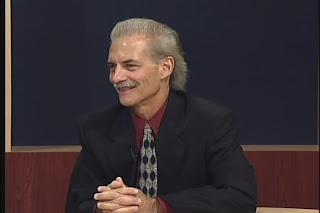 Ranger Hal passed away in 1999 but his memory remains vivid in the minds of thousands of  today's adults who were kids during that era.Our special guest is Ranger Hal Shaw's son, Mark, who has saved  many artifacts and memorability from his father's days as a premiere Washington TV performer.

And joining us is TV historian Tom Buckley of Channel 9, who works with the Library of American Broadcasting in College Park, MD, the Library of Congress Audio Visual Center in Culpepper, VA and was recently appointed Chapter Archivist for the National Academy of Television Arts and Sciences in Washington.

i was on his show once. when the camera shown on me, i saw myself on a monitor and completely froze up. i really liked the ranger. i was 13 when the show went off the air. missed it. loved ozzie too! -TIM CARTER, FORMALLY A FAIRFAX NATIVE,NOW A RESIDENT OF RICHMOND VA