An Oldie, but Goodie

An otherwise sane friend of mine, who was also a “teen age DJ” invited me over to his house last week to show me the project he just completed.

That's where the otherwise.......part of that sentence comes in.

He built an almost exact replica of the radio station where he once spun Patti Page and Eddie Arnold records...

complete with a working transmitter....in his basement!

This story borders on the unbelievable, especially when you realize that the original station went on the air in 1947 or '48 and almost all of the electronic equipment, which he personally restored,  is from that era.

The original station was in the midwest, and it's still there,

but my friend's brand new version is at the end of a cul de sac a few blocks from my house in a quiet Virginia neighborhood. 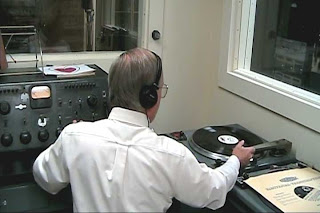 A lot of my retired friends play golf.....

I think I'll give Robert Ripley a call.

(Note to the FCC.  The transmitter works perfectly, but is attached to a "dummy load" preventing it from going out over the airwaves.)