Dont forget to send in your check for our luncheon in Thurmont Oct. 10th !!

I mentioned that to Bob Raiford and unfortunately he won't be able to join us in Thurmont this year....but he sent in the story he wouild tell if he were there: 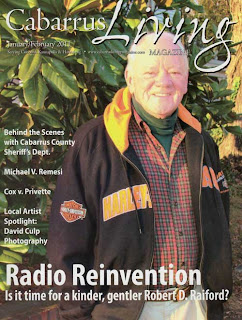 Back in the 50’s and early 60’s , the CBS Network shared studios and announcers and engineers. The third floor of Broadcast House was pretty much dedicated to the network.

One of my favorite engineers was Mark Beale who often worked with me at night. I nicknamed him “Moose,” a name which seemed to stick. Moose knew where the key to the CBS liquor cabinet was and he and I would occasionally take a nip or two from that third floor treasure chest.

There were all kinds of spirits in that cabinet; Bourbon, Scotch, Canadian, Rum, Gin, Vodka…so to cover our tracks, we would take equal portions from each, so that the level of whiskey in the various bottles would be somewhat equal relative to the last time the contents of the cabinet were brought out…which was usually on Sundays after Face the Nation.

Ted Ayers was the producer back then and his secretary was Claire Ordway, a woman I knew well. Once, they changed the lock on the liquor door, but with Claire as the “keeper of the key,” that was no problem. Especially since she was taking nips from the supply too. Once I had to admonish her for taking only sips from the scotch bottle…which was messing up our “rotation” system.

Speaking of Ms. Ordway, she was a lovely young woman of prestigious heritage. Her great, great grandfather was the famous Brigadier General Albert Ordway of the Union Army.  There is even a street in NW Washington named after him. 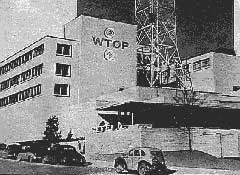 Claire and I would often have drinks and dinner at the Wisconsin Restaurant before going back to the station to work the night shift. You probably remember those early Teleprompters, those clunky machines that sat on top of the cameras and were hand rolled by a floor crew member. Those things could attack you in several ways. First, when typing up the script (usually one or two letters were always missing from the one typewriter we owned that would type those huge letters) and second. If the finalized script was “torn in any way, it tended to “hang up” and stop. So for the thing to work properly, it had to be loaded perfectly…and even then the poor operator had to be a little lucky. I remember one night after drinks at the Wisconsin, Claire went back to the office to type up the prompter for the 11 o’clock news.

Roger Mudd was the anchor in those days and that night’s teleprompter hit it’s first “tear” and abruptly shut down shortly after Roger uttered the words, “Good Evening, in tonight’s news the……….” Roger went to his script….and stayed with it.

During the commercial, Roger, always the Virginia Gentleman that he was, all he ever said was, “drunken teleprompter girl.”

Now, how the liquor cabinet lead to my demise:

I had a record show on ‘TOP Monday thru Friday nights. Moose Beale was the engineer on duty several of these nights. Julian Barber was also around most of those nights handling newscasts, etc. Julian was a jokester, always trying to break people up on the air, etc. One of his favorite tricks was to light a fake firecracker. It had a fuse, but no powder. All it could do was make someone on the air think it was going to explode.

Well, I decided that I would make a real joke out of his practical joke. I had a pack of Chinese flash firecrackers. I would pop them off and run like a country clown. One night, as I was leaving the studio and letting the news reader come in to deliver his eleven o”clock news, it was Frank Wilson at the time, I lit one of the little firecrackers and flipped it toward engineer Moose Beale as he sat in his elevated chair before the control board. Acting defensively, he slapped at the lit firecracker and it flipped onto the shelf right where the sound proof double glass was anchored. At the same time he flipped Wilson’s mic on ……what was heard clearly on the air was, “This is the World Tonight……BOOM!!!........”

That may have passed unnoticed except for the fact that as small as the firecracker was, the control room was in such a compressed place the it made a hole the size of a fist in one of the double glass windows. Next morning I got a call at my apartment. It was Lloyd Dennis who told me that I was fired for that adolescent behavior.

It might not have been a firing offense if the engineers union had not filed a grievance claiming it as a threat to one of their members life and limb. This story circulated far and wide. The little Chinese flash firecracker traveled from the package of 20, became a two inch firecracker, then a cherry bomb, and much later, a hand grenade.

Next job I had was as a distillery representative.

(Bob Raiford,  83 years old,  broadcasts 5 days a week on a popular syndicated morning show called "The Big Show" with Johnboy and Billy heard in approximately 100 markets. In addition, Bob has appeared in over 25 major movies (usually playing minor but significant roles). He stills rides his motorcycle and pilots his own plane. His home is in Cabarrus County, 30 miles outside of Charlotte, NC.)